Should I Take an Omega 3 Supplement?

We’re digging into omega 3 supplements today! We’ll address questions about their benefits, uses, safety, and more. So, if you’ve been curious to know about whether you should be taking an omega 3 supplement, read on! 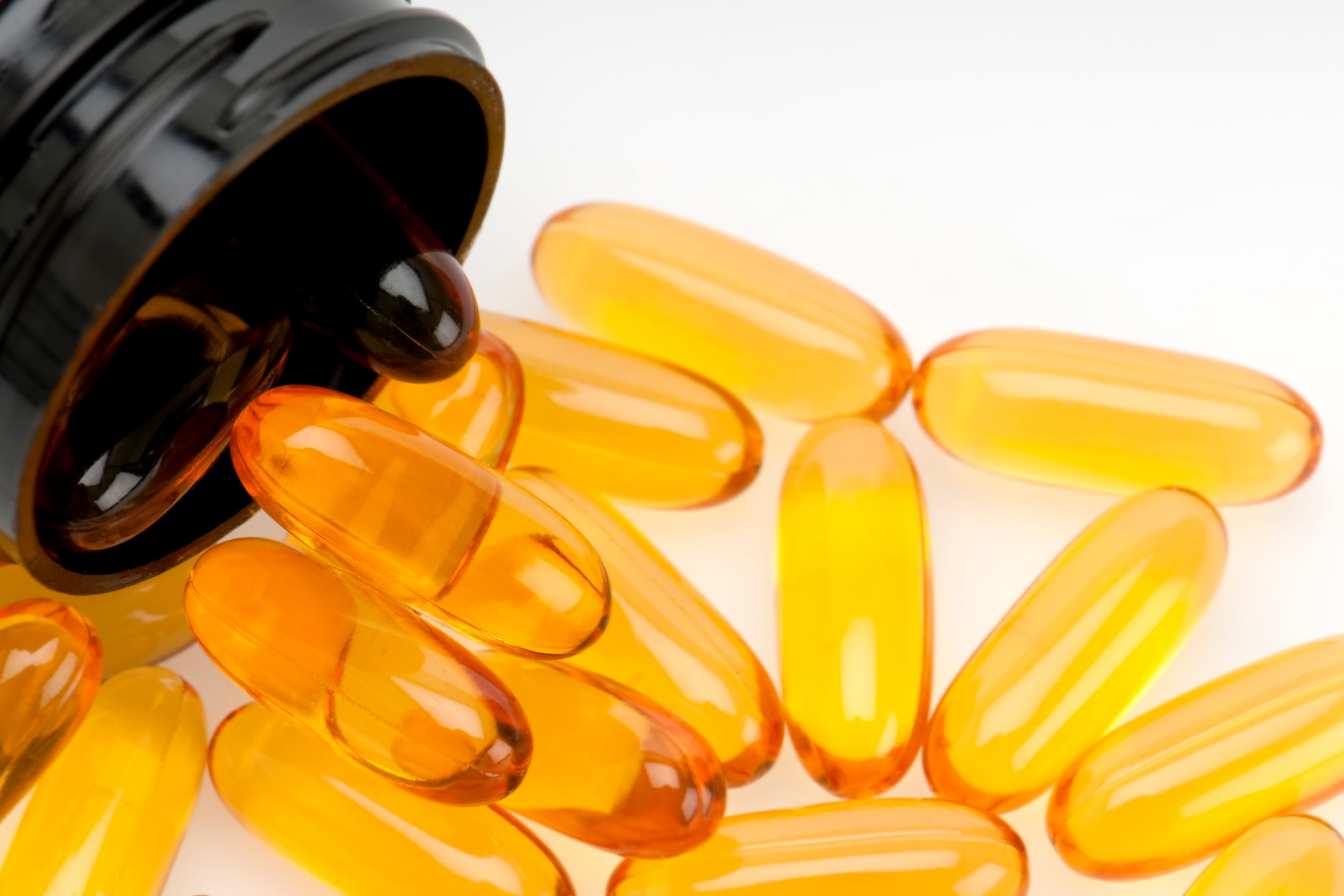 What are Omega 3 Fatty Acids?

First, let’s explain Omega 3 fatty acids. These are long-chain fatty acids that have a double bond at the third carbon from the end of the chain. (You don’t need to remember that part.) They contribute to cell membranes in the body. They also serve as precursors to eicosanoids, which are signaling molecules involved in reducing inflammation.

There are three main omega 3 fatty acids including alpha-linolenic acid (ALA), eicosapentaenoic acid (EPA), and docosahexaenoic acid (DHA). ALA is found in certain plant oils or seeds including flaxseed, chia seeds, walnuts, soybean, and canola oil. DHA and EPA are found in fish and other seafood.

ALA is an essential fatty acid – meaning, your body cannot make it – so you must get it from food. Your body can convert very small amounts of ALA into EPA and then into DHA. Hence, consuming EPA and DHA from foods (or supplements) is the only way to get enough of these omega 3s. DHA plays a role in the eye, brain, and sperm cells.

Omega 3s in general provide energy and are involved in many functions of the heart, blood vessels, the lungs, immune system, and endocrine system. Let’s dive deeper into where they can be found and their benefits!

Where are Omega 3 Fatty Acids Found?

In fact, some of these signaling molecules can only be made from omega 3 fatty acids. These signaling molecules are called resolvins, protecting, and maresins. It has been stated that these molecules may be beneficial in protecting the brain and other nerve cells, reducing blood pressure, and preventing the growth/formation of tumors. One study stated that Omega 3s were even shown to improve treatment and recovery from COVID-19, which is likely due to their anti-inflammatory properties.

Where do we get the omega 3s and omega 6s from? Our diet! When it comes to eicosanoids, we literally are what we eat. If chronic inflammation is something that you deal with, including more omega 3 fatty acids in your diet is a smart idea.

A meta-analysis looking at 13 clinical trials found that omega-3 supplementation from marine sources was associated with a lower risk of heart attack, death from Cardiovascular disease, and total cardiovascular disease. This analysis concluded that the CVD risk reductions appeared to be directly related to the omega-3 dose.

The American Heart Association has stated, “Although the ideal amount [of omega 3s] to take is not firmly established, evidence from prospective secondary prevention studies suggests that intakes of EPA+DHA ranging from 0.5 to 1.8 grams per day (either as fatty fish or supplements) significantly reduce the number of deaths from heart disease and all causes.” If you choose not to take supplements, they recommend eating two servings of fatty fish per week.

When it comes to taking a supplement for depression and other mental disorders, it is recommended to get higher amounts of EPA than DHA. Meet with a dietitian to discuss your individual needs.

Now, to answer the big question, are these supplements safe? Here’s the answer: sometimes. You want to pay attention to a few things when looking for a high-quality supplement. Some of the things to look for are listed below:

In general, we recommend eating fatty fish twice a week. If you dislike fish or do not consume it that often, it is wise to consider an omega 3 supplement. Feel free to reach out to a registered dietitian to discuss specific dosages and supplements that will help you.

How Your Thoughts Influence Your Weight

END_OF_DOCUMENT_TOKEN_TO_BE_REPLACED

Which Type of Milk Should I Buy?

END_OF_DOCUMENT_TOKEN_TO_BE_REPLACED

Nutritionist VS Dietitian – What’s the Difference

Have you wondered what the difference is between a nutritionist vs dietitian? We're here to explain! If you can...

END_OF_DOCUMENT_TOKEN_TO_BE_REPLACED