Apple Cider Vinegar – Is it just a fad?

Chances are you’ve heard of apple cider vinegar whether you’re already cooking with it or putting it in seasonal drinks. You may or may not have also heard that apple cider vinegar can help with overall health too, but is this just another fad? Let’s break down the research. 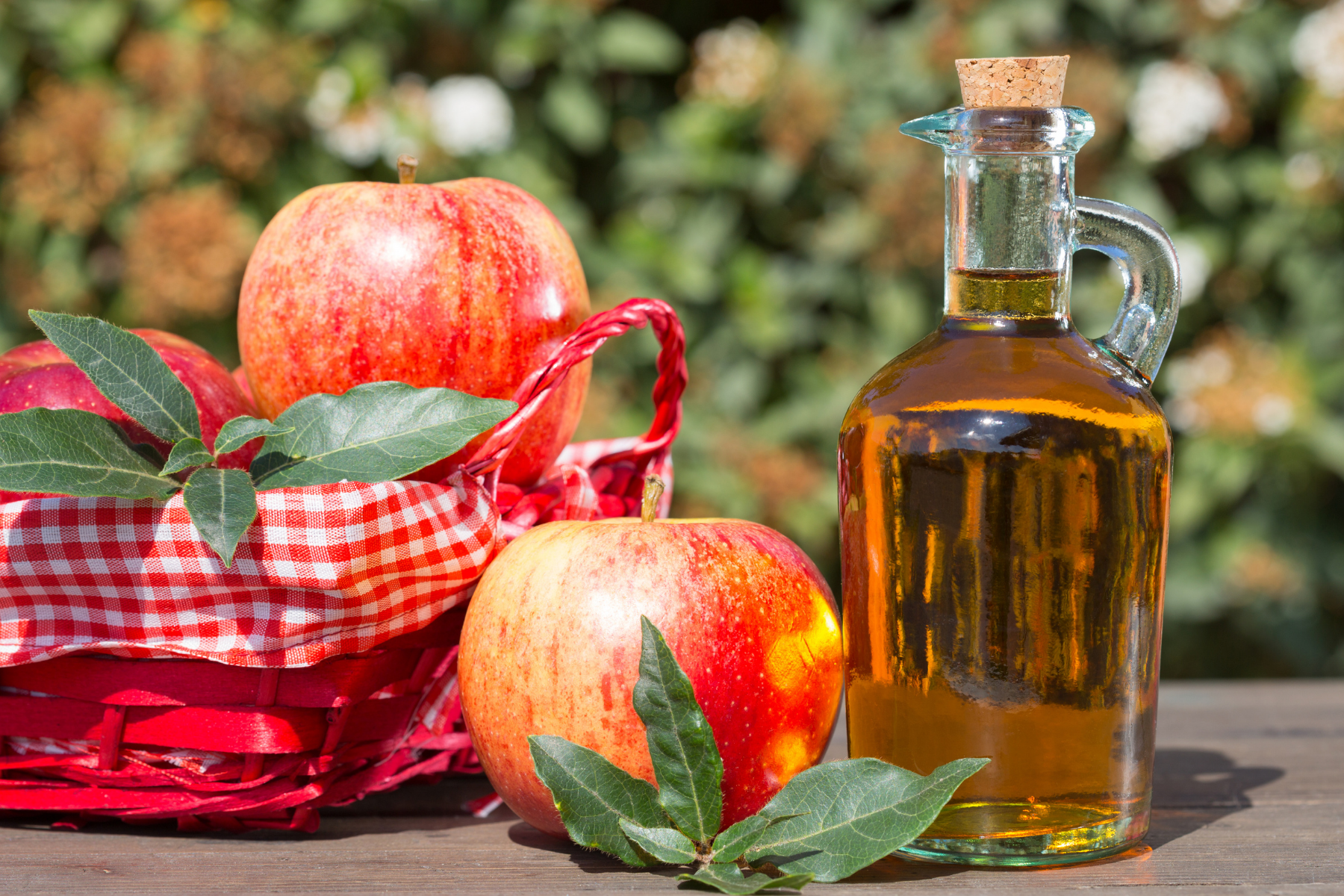 What is apple cider vinegar?

Apple cider vinegar (ACV) is a vinegar made from fermented apples. It is commonly used in salad dressings, marinades, and cooking. ACV contains acetic acid, which is the active component that provides us with many benefits, especially affecting our blood sugar breakdown and absorption. It is also rich in B vitamins and vitamin C. In clinical trials, ACV has been shown to lower high insulin levels, lower high triglyceride levels, and improve insulin sensitivity (1). Post-prandial blood glucose (blood sugar 2 hours after eating) has also been shown to be lowered when ACV is consumed before the meal (1).

One benefit that can be seen with the use of ACV is a decrease in blood sugar spikes. A 2019 study looked at the effects of people with type 2 diabetes who drank about a tablespoon of apple cider vinegar in water daily before dinner and compared them to people with diabetes who did not drink vinegar (1). After 3 months the results were in. The group drinking apple cider vinegar saw improved results in their HbA1c levels, fasting blood sugar levels, total cholesterol, and triglycerides, and even noticed a reduction in their waist size (1). ACV works partially by increasing the uptake of glucose by our muscle cells, meaning it won’t be hanging around our bloodstream for too long and causing high blood sugar levels.

The triglyceride-lowering effects of apple cider vinegar have been shown as another benefit of its consumption. One study tested the effects of drinking 1 tablespoon of ACV per day for 12 weeks (2). This showed that within 4 weeks, test subjects began experiencing significantly lower triglyceride levels compared to the placebo group (2). It is not fully understood how this occurs.

In the same study mentioned above, the Body Mass Index (BMI) was also evaluated in the participants. The group taking ACV saw significantly lower body weights and BMI compared to the placebo group (2). In addition, within the group taking apple cider vinegar, there were different amounts being consumed. One group was taking 1 tablespoon of ACV per day while the other group was taking 2 tablespoons per day (2). Within these groups, the one that was taking 2 tablespoons per day saw even greater weight loss and BMI reductions than the group that was taking 1 tablespoon (2). This shows that the dosage of ACV also contributes to results.

Apple cider vinegar helps keep insulin levels low in the body by lowering our blood sugar spikes. Insulin is the hormone responsible for moving glucose, or sugar, from our bloodstream and into our cells to be used for energy or to be stored for later use. The release of insulin triggers our body to stop burning fat cells as fuel, thus halting fat loss. This means that if we keep our blood sugar spikes low, our body won’t have to produce as much insulin so we can get back to burning fat quicker.

If you want to improve any of the above-mentioned topics, apple cider vinegar may be worth a shot. We recommend mixing 1 TBSP of ACV with a glass of water and drinking it through a straw as the acidity may be harmful to the enamel. Drinking this 15-20 minutes before each meal a few times per day would be ideal. If you find that the taste is too strong for your liking, you can add lemon or mint to help improve the taste.

How a Dietitian Reads a Food Label

Written by Rachel Raymond, RDN Are you concerned about what is in your food? Many products seem like fantastic options...

END_OF_DOCUMENT_TOKEN_TO_BE_REPLACED

What to Expect When Meeting with a Dietitian

Have you considered meeting with a registered dietitian? Maybe the doctor has recommended that you see a dietitian for...

END_OF_DOCUMENT_TOKEN_TO_BE_REPLACED

How Alcohol Harms Your Health

We don't want to be the bad guys here, but someone has to say it: alcohol is harmful to your health. Researchers have...

END_OF_DOCUMENT_TOKEN_TO_BE_REPLACED

Hypothyroidism occurs when the body attacks the thyroid gland. This results in lower production of thyroid hormones,...

END_OF_DOCUMENT_TOKEN_TO_BE_REPLACED