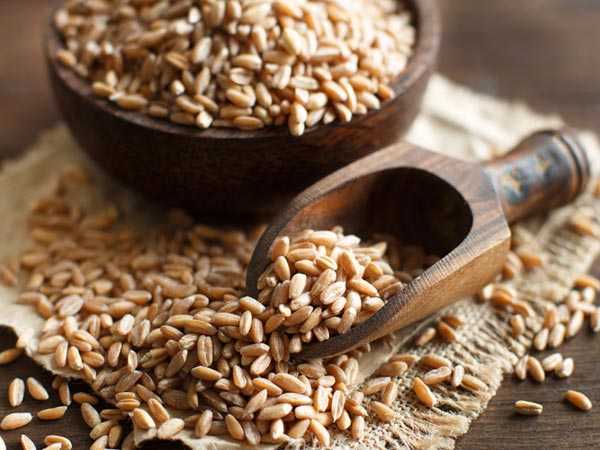 Do you have a friend who avoids eating anything with wheat flour in it? Maybe you have a friend who is on a gluten-free diet yet doesn’t check the ingredient list when ordering at a restaurant. You might even have a friend who can’t use the same toaster as the rest of the family to avoid gluten contamination. You constantly hear the terms gluten allergy, gluten sensitivity, and celiac disease used interchangeably. With all of the intolerances out there, it can be difficult to know what each means.

Food allergies cause the body to overreact to a substance by attacking it. This results in immediate symptoms such as itching, swelling, hives, and even vomiting. For some individuals, a food allergy can be even more serious by causing a drop in blood pressure, difficulty breathing and swallowing, and loss of consciousness. Even death could occur due to a food allergy if not treated in time. The 8 most common food allergies include milk, wheat, eggs, soy, fish, shellfish, nuts and peanuts.

Individuals with food allergies need to avoid eating the foods they are allergic to even in tiny amounts. If past allergic reactions have been mild, it’s still important to avoid these foods as more exposure may cause the reactions to become stronger and more life-threatening. The allergic reactions can happen immediately, so it’s important for people with these allergies to carry an EpiPen to immediately inject themselves with if they accidentally consume their specific allergen. An allergy to wheat explains why that one friend of yours avoids anything with wheat flour in it.

Non-celiac gluten sensitivity is not well-defined, but it is currently characterized by gastrointestinal issues along with fatigue and dermatitis. The symptoms can be similar to those of celiac disease. It is estimated that 0.6% to 13% of people may have gluten sensitivity. The long-term health consequences of eating gluten with a sensitivity are unknown. This would describe your friend who eats gluten-free at home but doesn’t carefully check the menu ingredients at a restaurant.

Basically, what this study found is that most of these participants could not identify which flours contained gluten. This means that most of these individuals are experiencing symptoms that may not be caused by gluten. Many people mention feeling better on a gluten-free diet, but that could be due to the fact that they are making more health-conscious decisions. Cutting out gluten usually means cutting out lots of foods that are bad for our health like refined grains that are high in sugar and low in fiber.

Celiac disease is an autoimmune disorder that causes the body’s immune system to attack the intestines when gluten is eaten. If gluten is consumed by someone with celiac disease, damage can result in their intestines. The symptoms can be very uncomfortable. Some individuals don’t have any symptoms which can result in long-term health problems if it continues to go unnoticed. Around 1% of the population has celiac disease. Individuals with celiac disease should not consume even the smallest amount of gluten. This explains your friend who can’t even use the same toaster for her gluten-free bread as the rest of the family uses for regular wheat bread.

Research is still advancing on all of these gluten-related intolerances. No matter which of these your friends have, it’s important to keep them safe by listening to them and asking questions if you’re unsure about their needs.